Four Mile was established in 1848 by Johan Reierson from Norway.

Four Mile Cemetery is adjacent to the church was originally deeded to Four Mile by Wihelm and Elise Warenskold in 1848. 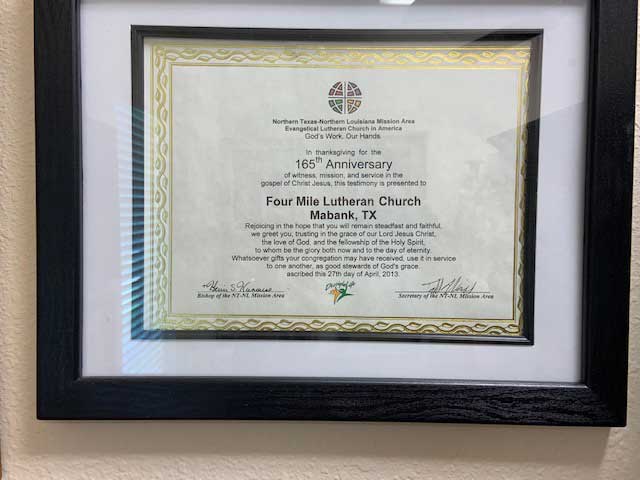 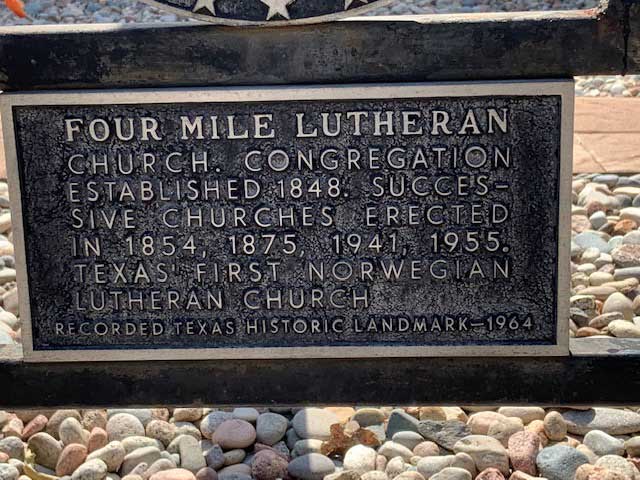 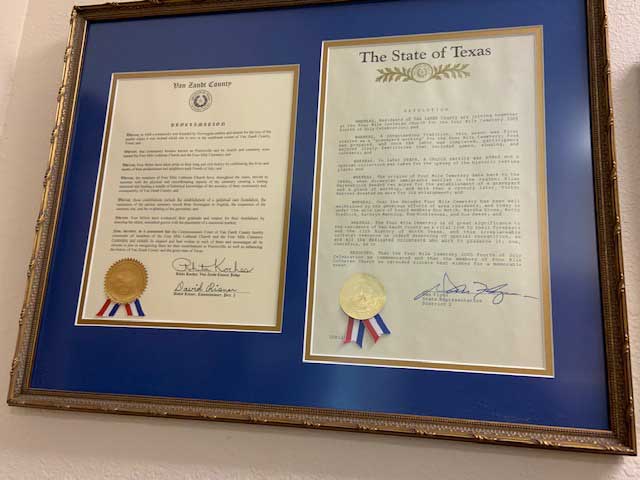 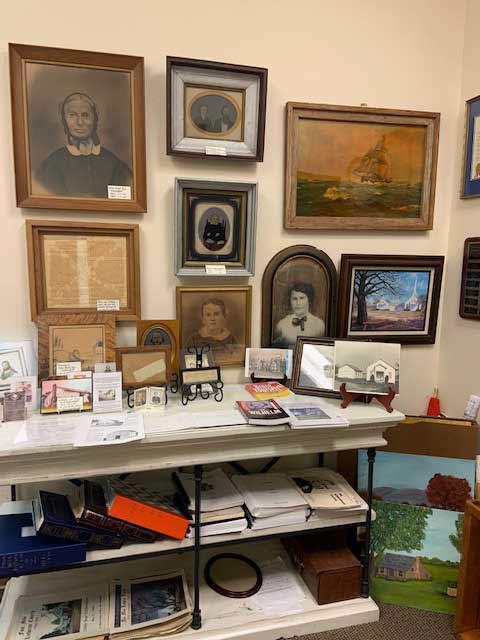 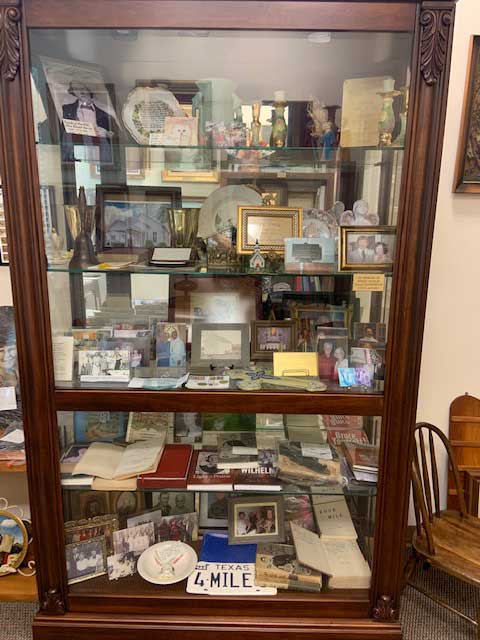 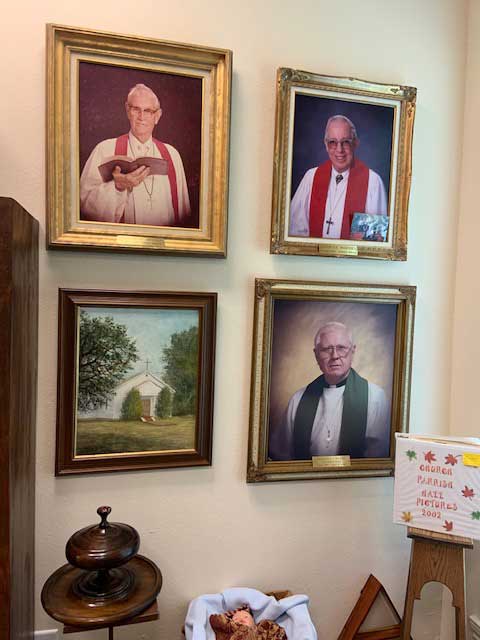 “Corn is the most common crop and cornmeal is generally used for baking. It is well-liked by those who are used to it, but I must say that frankly I find it to be a poor type of bread.”

– Elise Wærenskjold, who immigrated to Texas from Norway in 1847, writing in a letter back home to Norway.

Elise was a fascinating, accomplished woman. Per her TSHA entry:

Elise Amalie Tvede Wærenskjold was educated at home by private tutors, and at nineteen she became a teacher, a rare step for a woman at that time. In Norway she is still remembered as a woman leader (foregangskvinne). After teaching in Tønsberg she went to Lillesand and opened a handicraft school for girls which, though denied public funds, remained open until after 1845. In 1839 she married a young sea captain, Svend Foyn, who would later become the founder of Norway’s whaling industry; he was a powerful and wealthy figure in modern Norwegian history. The marriage, which began without the customary reading of banns, ended in an amicable separation in 1842; the couple maintained a friendship throughout their long lives. Elise assumed her maiden name, signing E. Tvede to the articles on temperance she had begun to write. No doubt influenced by her father’s stand for temperance, she became involved in the movement and in 1843 published a pamphlet on the evil effects of the use of brandy.

When Christian and Johan Reinert Reiersen immigrated to Texas, she assumed the editorship of their magazine Norge og Amerika, a position which she held from 1846 until she herself immigrated to Texas in 1847. She joined Reiersen’s colony of Normandy in October 1847 and on September 10, 1848, married Danish-Norwegian Wilhelm Wærenskjold, even though her formal divorce was not granted until January 10, 1849. The Wærenskjolds acquired rights to a square mile of land at Four Mile Prairie, Van Zandt County, where a number of Norwegians had settled, and expected to raise cattle. However, the Civil War ended their plans, and Wilhelm went into milling, farming, and contracting. During the 1850s their three sons were born. The couple took an active part in the life of the Norwegian community, in the affairs of the Lutheran church, and in the temperance movement among the settlers. In January 1866 their youngest son died, and in November of the same year Wilhelm was murdered.

Through the hard years of drought, plagues of insects, and poverty on her farm, Elise Wærenskjold sold magazine subscriptions, books, and garden seeds, and she taught school. Then, at long last, she asked for and received financial aid from her former husband, Foyn. Her numerous letters from the late 1840s through the mid-1890s remain an invaluable source of information on Norwegian immigrant life in Texas. She maintained a lively interest in current European literature, subscribed to Norwegian, German, and English newspapers, and in her letters home constantly requested books. She wrote for Norwegian publications, defended the Norwegian settlements against detractors, and later wrote of the settlers themselves and their descendants. She steadfastly held to her early belief in freedom for women; however, except for her opposition to slavery before the Civil War, she had little interest in American politics. She died on January 22, 1895, at the home of her eldest son, Otto Wærenskjold, in Hamilton, Texas, after having lived at Four Mile Prairie for forty-six years.